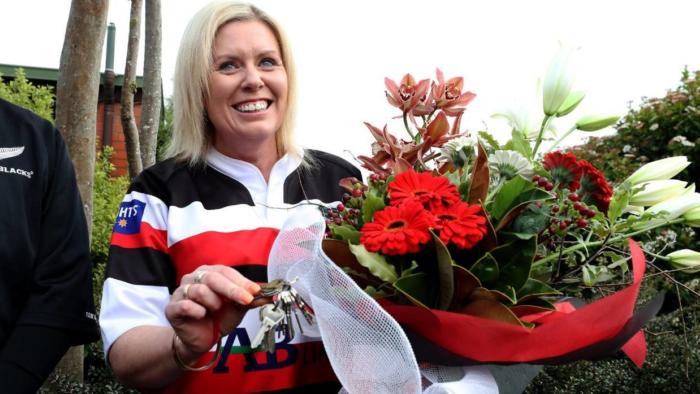 The Southland charity hospital is one step closer to reaching it's goal with the handover of the keys to their new site today.

The Invercargill Licensing Trust board officially handed over the keys to its former Clifton Club Inn, which the Southland Charity Hospital Trust will soon turn into a hospital for the community, after a petition by the late Blair Vining and his wife Melissa in 2019.

The Trust is hoping to start building late September with the view to opening by Christmas next year to provide free colonoscopies to the people of Southland and Otago initially, adding more services later on.

A memorial garden on the grounds dedicated to Blair Vining will present plaques and bricks bought to help fundraise for the cost of the build. Today 3,500 of the 5,000 bricks advertised for sale had been sold, in the hope of raising the $500,000 needed to start the refurbishment of the building, adding to the previous $500,000 already generously donated.

Today, people all over the country dressed in red, black and white (representing Blair Vining's Sports Foundation colours) to help raise funds and awareness of the hospital.

To read more about Buy a brick campaign, click here