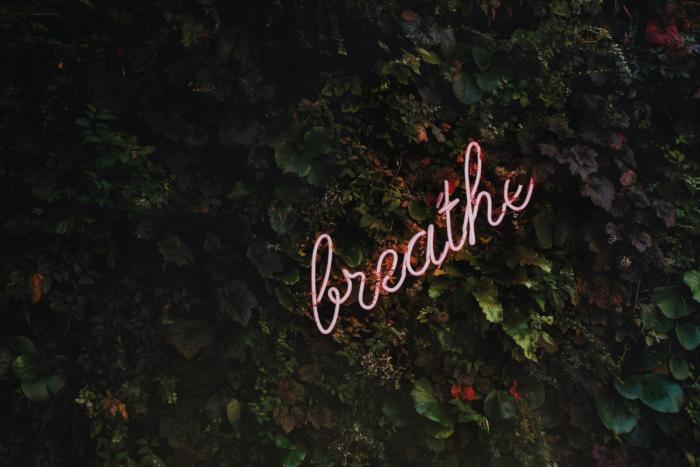 Everyone who has had a major life-threatening illness or surgery has had to deal with a degree of trauma at one point in their life. Not only do you have to heal the scars of the body but for some, it takes years to heal the battle scars of the mind.

Georgina Mason, CEO of Bowel Cancer Foundation, took ten years to address the trauma of undergoing emergency surgery to remove her bowel. Not only had she contracted a deadly strain of food poisoning, but this mixed with the precursors to bowel cancer, set her on a path of self-destruction she didn’t even know had begun.

This is her story…

In the past ten years since my first of three surgeries, I like many others, have told my story a million times. I feel I have cried a million more. I had never managed to move beyond the point of telling the story. I didn’t know how to.

I didn’t realise that I had to deal with grief. The grief and the loss from having emergency surgery to remove my colon. The grief and loss of losing my home, my relationship, my car and my business immediately after. The grief of having to start all over again with no family around and a four-year-old daughter to look after as a solo parent.

I apparently am a coper. So that’s what I did…I coped.

Unfortunately, everyone has a tipping point. Mine was eight years later when I decided enough was enough and it was time to see a therapist.

I was four years into a new marriage, had a stable job and I felt I was ready to cope with the mental onslaught I knew was coming.

According to a piece of paper my therapist thrust in my hand there are seven stages of grief.

The first five stages are listed below a box named "Normal Life" and have arrows pointed to “Adjusted Normal Life.”

I recognised denial. I refused to believe that anything was wrong with me, returning to my full-time job just five weeks after having emergency surgery to remove my entire large bowel and back to running a call centre looking after fifteen staff.

I’d lost twenty kilo’s in two weeks and clumsy surgery had also damaged parts of my foot and spine. My emotions soon got the better of me, crying every five minutes as soon as the pressures of my job got too much for me. My bosses paid me out to leave and “go home and look after myself.” This is a contentious issue in itself, but at the time I gladly accepted.

With the money, I bought an old ARA bus. I re-conditioned it, put a café in the back of it and set up ‘The Busy Bee Bus Company’ where I would busy myself ferrying passengers to and from East Auckland to the City in the mornings, still in complete denial that I now needed to slow down and look after myself.

I have definitely experienced Anger. Angry at the hospital for sending me home from the Accident & Emergency department three times when I presented with what I recognise now as signs of Ulcerative Colitis which was mixed with Typhoid based Salmonella Food Poisoning.

According to the Doctors initial prognosis, I had a roto virus that would clear itself up within ten days and I should just go home and rest. Never mind my butt was constantly spewing out blood like Mt Vesuvius, and I was losing a dramatic amount of weight, I couldn’t eat and had stopped drinking liquids.

On the third visit to A&E, I admitted myself to hospital, refusing to leave until they found out what was wrong with me. Not because I wanted to, but because worried overseas family made me and I was too tired to fight them.

I was left in hospital on a drip for a week where doctors would see me every morning and say “Let’s see how you go tomorrow.” By the time I was ‘passed over’ from the medical team to the gastro team a week later, it was too late.

My colon was swelling 1.8cm every day and it was about to burst. I had developed mega toxic colon and if it burst I would be dead. I lost twenty kilos within two weeks and it took me seven months to get myself back on track with my weight.

I was angry, I wanted someone to pay. To take accountability of why I was ‘left’ on my own and knowing the hospital staff had nearly killed me. So I found an Accident and Compensation Corporation lawyer and sued ACC. It was meant to go to the high court and become a test case but ACC kept dragging it out and after two years of fighting that left me drained and not able to mentally move on, I gave up.

I remember being quite adamant that bargaining did not apply to me. I had never pleaded with God that I would do things if he changed my outcome.

Then halfway through a conversation with my therapist, it hit me. I actually did it every single day.

Two years ago I had a car accident where I wrote off my car. It was just after 8 am and I was literally 50m from my house and I drove straight into the back of a parked truck full of soil ready for a new build on the corner of my street.

I know it was due to sun strike as I broke a bone in my right hand pulling the visor down to shield my eyes as, ironically, I’d broken my sunglasses the week before!

A police car, Ambulance and fire engine turned up to clean up the mess and whisk me away to hospital with a black eye and a few cuts and bruises from the airbag being deployed at less than 40km per hour. I was lucky. But every day since the crash I have to plead with my dead Nan to watch out for me when I drive which progressed into please watch over my daughter and then my husband.

Every time I’m worried about something I used to say please three times asking for her help. It got to the point where if I didn’t ask every day I feared something bad was going to happen. It had become an obsession.

Apparently this was me, eight years later, transferring my “bargaining stage” on to another incident. It was my minds way of trying to cope.

My therapist and I established I never really had any real depression even though my local GP prescribed me anti-depressants after my surgery.

It didn’t matter that I had just left my eight-year relationship, essentially lost my job, my house was almost a mortgagee sale and I was barely keeping myself out of bankruptcy court. I was prescribed the pills because I cried a lot!

Sure I had low moods and felt teary all the time, who wouldn’t, after all, that but I could still get out of bed each morning. I had to, I had a four-year-old to look after.

The final stage is Acceptance. I'm not quite there yet.

It definitely drives me to achieve more. It drove me to set up this charity. It gave me purpose and a way to understand what happened to me. I believe you can always make good happen from the bad.

The sixth and seventh stages of grief add fear and guilt. I’m not sure I have anything to feel guilty about, but I’m sure I’ll find something. I do however recognise fear.

I fear that something else is going to go wrong with me medically. I fear my two chest infections from a few months ago have now developed into something bad because I’m still sick and I don’t know why.

I fear that my husband is going to die and leave me so I've been desperately trying to organise life insurance so I feel 'protected.' I fear my daughter will get in an accident if I don’t ask my Nan to protect her (going back to the bargaining stage again). I fear life.

I learned a new word at therapy. Catastrophize!

I catastrophize when things are going well. I have an irrational fear that things are worse than they actually are. I feel comfortable in the chaos as that’s where I have lived for the past ten years.

I have to constantly remind myself that everything is actually ok.

I didn’t die, I can still enjoy life and I can now help others through my experiences. I'm not going to pretend I have it all figured out. I can't just click my fingers and everything will be ok again. I will be, like many others, a work in progress for quite some time!"

Any traumatic event will make changes to your life and will take time to readjust. Recognising some of the symptoms of Post Traumatic Stress is the first step to overcoming the battles.

Getting treatment for PTSD is important.

Many people have recovered from PTSD through treatment. However, unaddressed symptoms of PTSD can get worse over time and may contribute to the development of other psychological disorders, such as ​major depression, substance use disorders, eating disorders or anxiety disorders.

Ask your doctor or mental health professional for a recommendation or referral to someone who specialises in treating PTSD.