How does your poo affect you? 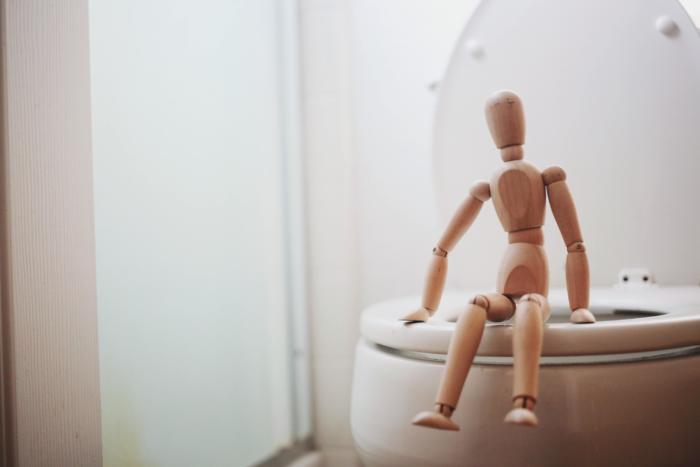 When we have children we constantly talk about their poop. The colour, the texture and the explosions!! But when it comes to ourselves, we treat it as a taboo subject. Everyone’s bathroom habits are different. There are no normal only averages and your poop can provide a guide to whether you are healthy or facing some serious health issues.

Our poop is a waste by-product of our digestive tract and what-ever we can’t absorb we expel from our bodies. This includes not just food waste, but dead blood cells, bile, and gastrointestinal bacteria, all covered in mucus that helps it slide out.

When we struggle to go it usually means there isn’t enough mucus and that you are dehydrated and in need of consuming more water.

Millions of people around the world suffer from chronic constipation and can suffer from mild to severe side effects. Constipation is a common problem, affecting 10% to 15% of people, particularly women and increases with age.

Vibrant, an Israeli company, is testing a capsule that can vibrate in the colon and mimics movement inside the lower intestine encouraging our system to work more naturally rather than use medication.

The capsule is designed to pulsate three times a minute, roughly the same pace the colon contracts to move waste products through. It starts vibrating 6-8 hours after being swallowed — roughly the time it takes for food to reach the lower part of the digestive tract. Read more about the Vibrant Capsule.

But not all poo is considered waste. Some Doctors are starting to use human poo to treat a super stomach bug by pumping it through a patient's nose and used as a medicine.

The treatment, known as faecal transplant, has been tested only on a drug-resistant form of the bowel disease caused by the bacterium clostridium difficile and has a 95% success rate.

The untreated liquefied medicine is said to restore bacterial balance and kill the bug, according to Associate Professor Ian Seppelt, an Australian intensive care doctor and anaesthetist.

“Antibiotics are unreliable against the superbug, but the transplant is 95 per cent successful, saving patients from constant stomach cramps and chronic diarrhoea.”

Healthy humans have about 100 times more bacteria cells in their gut than their own cells. Read more about how Doctor's use poo to treat super stomach bugs.

Poop can come in a rainbow of colours including yellow, white, red, black, blue and even silver, depending on the concentrations of bile produced by your liver and excreted into the small intestines.

Bile contains cholesterol, bile salts to help digest fats, and waste products such as bilirubin. As the bile pigments are broken down by stomach enzymes, they tend to change from yellow-green to brown. However, certain colours may also indicate a serious intestinal condition—and even some forms of cancer:

Bernard Aserkoff, MD, a doctor in the GI Unit at Massachusetts General Hospital in Boston, has said:

“For some, going once or twice a day is normal, for others it may only be once or twice a week. This doesn't automatically mean there's something's afoul in your gut. The same can be said in terms of your poop's colour, size, and shape.”

Read more about what your colour means for your health.

But it's not just the colour that matters texture can say a lot about your health too.

Normally it takes about 16 hours on average, for digested material to pass through the length of the colon and be expelled. However, should the material pass through too quickly or too slowly, the resulting faecal matter can range in texture from a soup-like consistency to what is commonly referred to as Rabbit droppings.

We can measure our own consistency via the Bristol stool scale shown at the top of this article. This was first published in the Scandinavian Journal of Gastroenterology in 1997 and while some in the gastrointestinal research community have questioned the scale's overall accuracy, the system remains in use as a means of ball-parking the effectiveness of various bowel disease treatments.

Type 4 is considered the best consistency for a healthy bowel.

Which type are you?

American TV personality and medical professional Dr Oz recently appeared on Jimmy Kimmel live to discuss bowel movements and where Jimmy sits on the Bristol stool chart. Have a look at the six-minute video of Dr Oz and Jimmy Kimmel.

Keeping an eye on the colour, texture and consistency and the overall health of your bowel with the help of a doctor can alert you to subtle changes in your body that could lead to bowel cancer.

If we learn to avoid our self-imposed stigma around bowel movements it might just save your life.