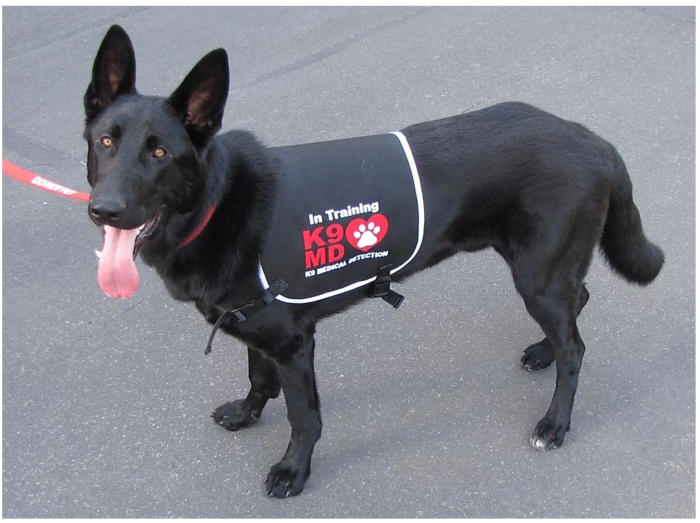 The charities own trial is being sponsored by the Lindsay Foundation and will be undertaken by the K9 Medical Detection NZ Charitable Trust and Otago University between January 2020 and January 2022.

The study will commence using ‘Levi’ - an adult German Shepherd who has received basic training in readiness for medical scent detection work. A second medical detection dog will also be added to the study.

Levi will take around a year to train to detect various concentration levels of bowel cancer in saline samples followed by a second study in which he will be trained and tested in his ability to detect bowel cancer in urine.

Ms Mason says that a successful trial could provide a ‘significant breakthrough’ as more extensive screening is ‘badly needed’ and could pave the way to thousands more early detections.

“Overseas studies have found evidence of urinary biomarkers in bowel cancer patients which we’re expecting the dogs to be able to pick up in our early-stage detection trial.”

“Bowel Cancer is one of the most commonly diagnosed cancers in New Zealand with around 3,000 people diagnosed with it, and 1,200 dying from it, every year”.

“Up to 90% of people can be saved if bowel cancer is detected early enough – but the existing National Bowel Cancer Screening Programme is currently only available for 60–74-year-olds and probably won’t be available in all District Health Board areas in New Zealand until 2021”.

Ms Mason says that more people could be saved if we can help prioritise those who need urgent treatment.

“A large number of people with a positive FIT (faecal immune) test don’t have cancer or high-risk polyps which means that this test will enable us to make better use of resources by prioritising those patients that would more likely have bowel cancer and need urgent treatment”.

“This early non-invasive test could also be useful for applications outside of the screening programme to exclude bowel cancer in patients who present with non- specific symptoms or who are under the age of screening and free up our struggling workforce”.

“We are extremely grateful to the Lindsay Foundation who have funded the first half of this trial. Their love of animals and desire to make an impact in Health has made them a perfect fit for our research programme”.

Levi in the media:

Watch our CEO on TV One Breakfast (click here):