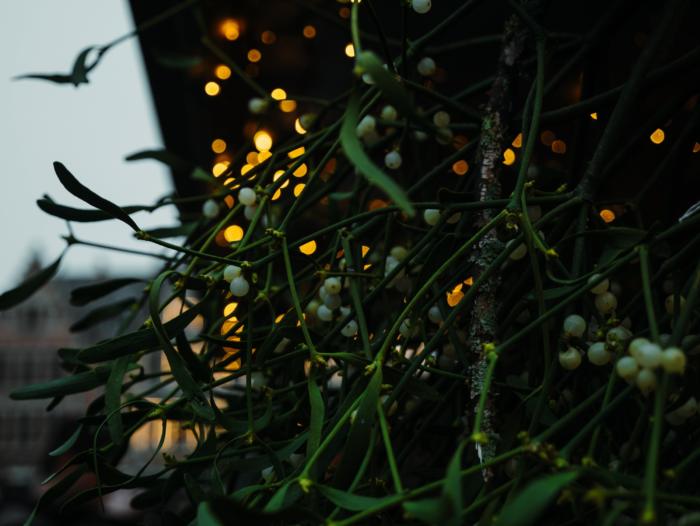 Christmas joy could soon be spread throughout the entire year with the use of mistletoe extract being touted as a treatment for colon cancer.

The American Cancer Society has commented in reports stating mistletoe stimulates the immune system helping the body to fight cancers such as bowel, cervix, ovaries, breast stomach and lung.

There are many different types of mistletoe around the world but the European version has been used in laboratory experiments in the hope that it can help with the treatment of bowel cancer.

Supporters of the treatment claim pure mistletoe extract injected near the tumour can slow and possibly reverse the growth of cancer cells.

They also claim it can reduce heart rates, relieve symptoms of arthritis and lower blood pressure as well as relieve the side effects of chemotherapy and radiation treatments.

These results have yet to be reflected in human trials.

The treatments have been approved by Germany’s regulatory agency for herbs as palliative therapy for malignant tumours only, used as a treatment but not to be recommended as a cure.

Liquid mistletoe extract has been used as an alternative method to treat cancer for almost a century in Europe. The most common commercial products trade under the names Iscador and Helixor but have not been approved by the Food & Drug Administration (FDA).

The treatment can only be injected and is poisonous if taken by mouth.

Mistletoe use can be traced back as far as the ancient Druids over 2000 years ago who believed it had magical healing powers.

Since writing this article I have been approached by a number of patients wanting to explore the use of mistletoe extract here in New Zealand.

Weleda Pharmacy, a prescription-only pharmacy based in Havelock North is a supplier who can supply Iscador and Abnoba but would need a prescription from your doctor/oncologist.

An Australian stage 4 cancer patient, Ren, has documented his use of mistletoe extract in 2013 but has unfortunately since passed away in 2014. He documents that mistletoe extract stimulates the immune system to fight the cancers.

Immunotherapy has come a long way since 2014. We now have documented evidence that other drugs such as Keytruda (Pembrolizumab) can extend the life of patients stimulating their own immune system to fight back.